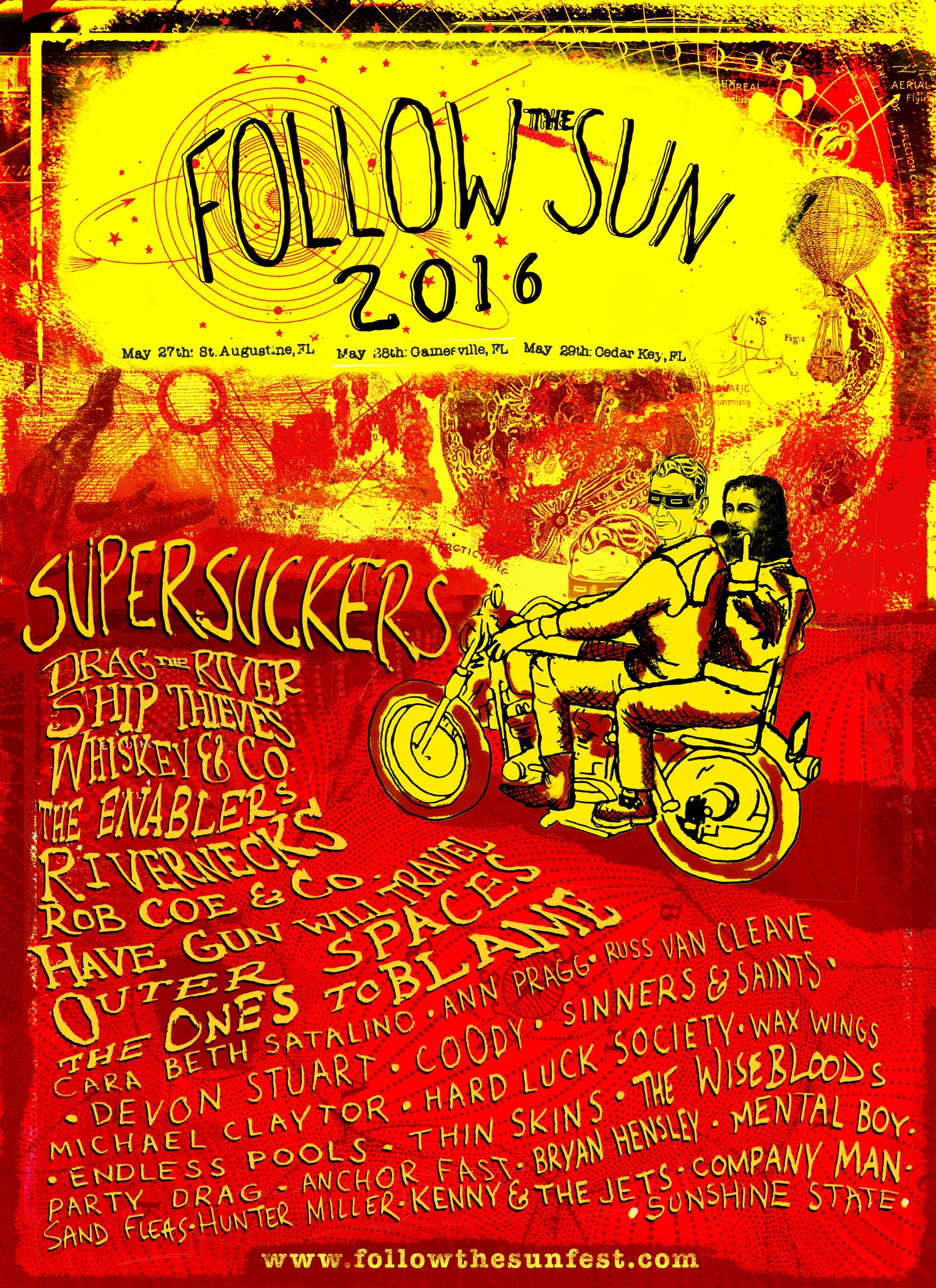 We are very excited to announce that we will be part of the 2016 Follow the Sun Festival – May 27-29. This festival takes place over a 3-day period starting in St. Augustine, FL. It then heads to Gainesville and finally Cedar Key, FL.

Here’s a little quote that best represents the fest: “I can leave the place where I live a couple of hours before daylight and be on a deserted little strip of sand called Crescent Beach in time to throw a piece of meat on a fire and then, in a few minutes, lie back sucking on a vodka bottle and chewing on a hunk of bloody beef while the sun lifts out of the Atlantic Ocean (somewhat unnerving but also mystically beautiful to a man who never saw a body of water bigger than a pond until he was grown) and while the sun rises lie on a blanket, brain singing from vodka and a bellyful of beef, while the beautiful bikinied children from the University of Florida drift down the beach, their smooth bodies sweating baby oil and the purest kind of innocent lust (which of course is the rankest sort) into the bright air. If all that starts to pall—and what doesn’t start to pall?—I can leave the beach and in three hours be out on the end of a dock, sitting in the Captain’s Table eating hearts-of-palm salad and hot boiled shrimp and sipping on a tall, icy glass of beer while the sun I saw lift out of the Atlantic that morning sinks into the warm, waveless Gulf of Mexico. It makes for a hell of a day.”